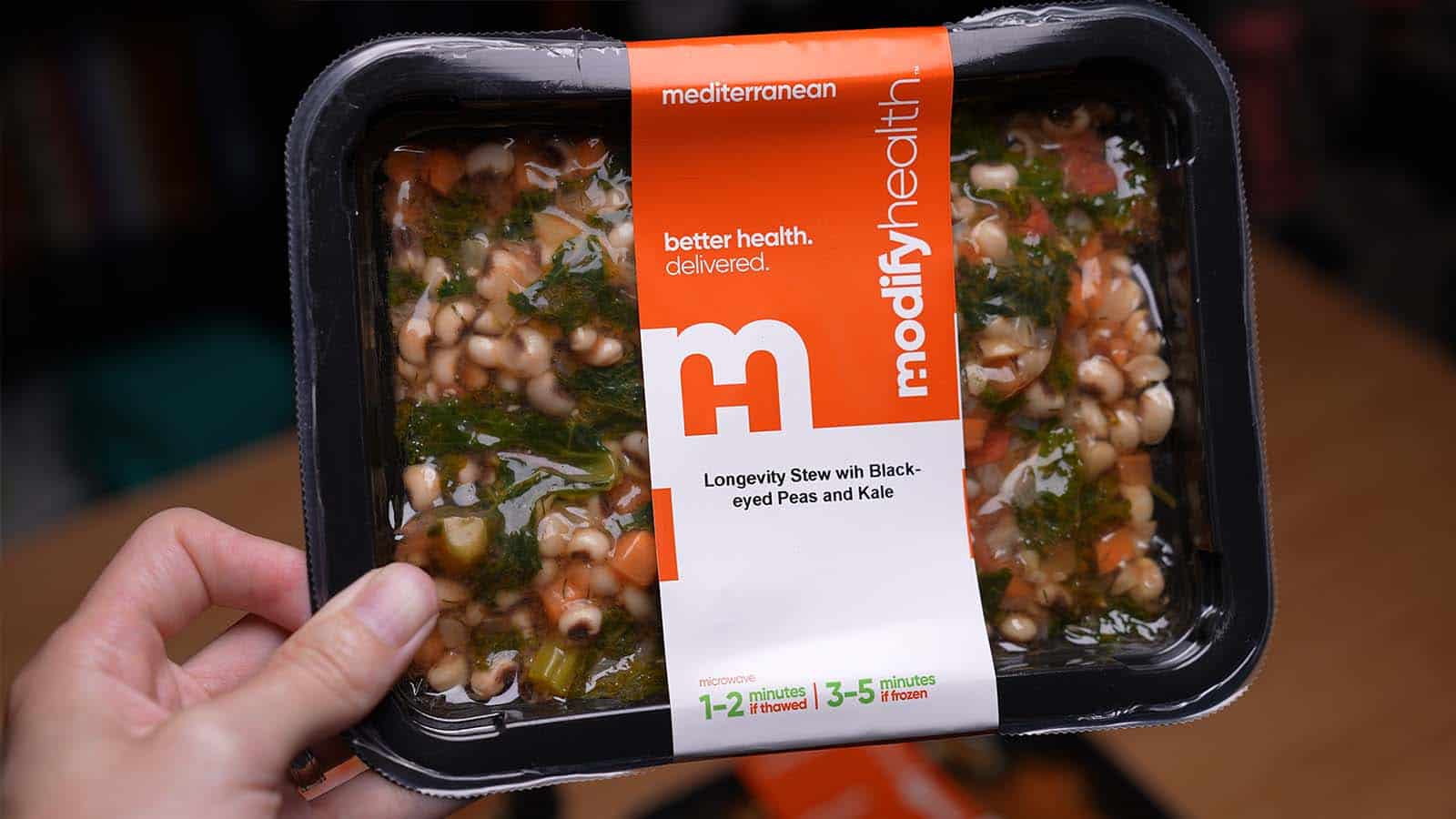 Watch my ModifyHealth Review above or try it now (affiliate link).

Before we get started, a couple quick disclaimers.

Second, I’m not a medical professional. This is not medical advice. You should always talk to your doctor before starting or stopping any diet or medication you may be taking.

ModifyHealth is a relatively new player on the meal delivery scene. Founded in 2019, the company’s mission started with helping patients suffering from conditions such as Irritable Bowel Syndrome (IBS), Inflammatory Bowel Disease (IBD), SIBO, Celiac disease and fatty liver disease (NASH/NAFLD) eat better, where dietary modification is a recommended treatment. According to their website, they believe that for many chronic conditions, food is the best medicine.

ModifyHealth started out focused on delivering fully-prepared meals that follow a specific diet called Low-FODMAP. This diet was developed by Monash University, which is based in Australia. I won’t go into all the specifics here, but the idea is that patients who have IBS or one of the other conditions I just mentioned can find some relief by systematically eliminating certain foods from their diet. The big challenge ModifyHealth looked to solve was making it easy to follow that protocol by only serving up meals that met the recommendations. This made it easy for anyone to gain the benefits of Low-FODMAP in the simplest way possible.

The focus of today’s review is their Mediterranean meal delivery service, launched in June of 2021. It works similarly to their Low-FODMAP plans, but is designed for a broader audience and aims to help patients with heart disease, Type 2 diabetes, liver disease, those trying to lose weight, or who just want to put healthy eating on autopilot. It’s as much about prevention as it is about treating an active disease.

The Best Diet in the World?

Out of all the diets to choose from, why Mediterranean? Based on the significant amount of research and near-consensus from the medical community, the Mediterranean diet is considered to be one of the healthiest diets out there. It’s plant-based and recommends limiting meat and sweets. I don’t personally agree with every aspect of the Mediterranean diet, but I would agree that overall, for most people, it’s much healthier than many other diets out there. For what it’s worth, US News and World Report has named it the “best overall diet” for the past four years running.

Ok so now let’s look at how it actually works. The first thing you need to do is select which meal subscription plan you want. After choosing between Low-FODMAP and Mediterranean, there’s two options: the Mediterranean Get Well™ Program, and Mediterranean Meals.

So here’s where ModifyHealth really differentiates itself from other meal delivery services. In addition to the meals themselves, they offer ongoing support from a registered Dietitian. An optional service, a dietitian is available for scheduled consultations via phone or video chat, or through a hotline for on-demand support. This is great for people who need some expert advice and aren’t getting it from their doctor, for whatever reason.

The Mediterranean Get Well™ Program includes this ongoing support and starts at 10 or more meals that you pick every week, and also makes the per-meal cost a bit cheaper at $11.75 per meal.

The Mediterranean Meals option is more like your standard meal delivery service, where you select a minimum of 6 meals per week and go from there, at $12.50 per meal. You can also add expert dietitian support here as an optional service.

You can filter out meals that contain specific ingredients you don’t want to make it easier to see and select from the remaining meals, which is a nice feature.

For both plans, you can skip a week or cancel your subscription at any time, so there’s no long-term commitments to deal with.

The Meals I Received

Ok so now let’s talk about the meals themselves. Again, these are fully-prepared – it’s not an ingredients kit. Everything is already cooked, so you just have to heat it up.

The meals tick all the boxes you would expect from a healthcare company: they’re created in partnership between dietitians and chefs to ensure high nutritional value AND good taste; the ingredients are organic, gluten-free and non-GMO; and they do offer vegetarian options, without which for me would be a non-starter!

The first thing you notice is the vacuum seal – this is unique compared to other fully prepared meals out there. I like this because it’s the optimal way to keep food fresh during shipping and while chilling in the refrigerator or freezer until you crack that seal to dig in.

By the way, all the packaging is recyclable – including the plastic seal.

I also like how the heating instructions and full nutrition information for each meal is listed on the label – easy to keep track of and reference (and then recycle!).

How to Heat Up ModifyHealth Meals

Speaking of heating – I wanted to test each recommended method to see if there was any difference in taste. It wasn’t a very scientific test as each meal was different, but I figured I could draw some general conclusions when it came to microwave vs. stovetop vs. oven.

Microwave is of course the most convenient, quickest, and doesn’t dirty a pot or oven-safe dish. However, my favorite method was stovetop – it felt more like I was cooking and eating an actual meal. Oven was fine but it took a while to heat up, which is understandable.

A note on the microwave – do not be alarmed when the seal on top inflates itself into a plastic bubble – nothing is going to explode!

How Did They Taste?

Now let’s talk about taste, portion size, and that elusive – was it filling question (I’m notoriously a bottomless pit). I’m only going to talk about the vegetarian meals that I actually ate, but generally Mrs. Stuff Adam Likes enjoyed the meals that contained meat.

First – the Veggie Tikka Masala. The butternut squash and curry are the stars of the show here, and though I’m by no means an Indian food expert, I enjoyed the spices. There was a lot of flavor here and in combination with the rice, there was enough here to fill me up. Definitely a healthy but delicious veggie entrée.

Next, the Longevity Stew. By the way, I’m getting hungry just recording this review. Anyways I love dishes with beans, as I know I’m going to get both fiber and protein, the 1 – 2 punch I need to feel full, so I was stoked about this one for sure. Not to mention that kale. I love the name too: eat this and you’ll live forever! Again, I thought the flavor was good here – there was enough complexity in the sauce to have interest and appeal, but with the peace of mind in knowing it’s healthy and didn’t have a ton of sodium like some other fully prepared meals out there.

Last but certainly not least, my favorite meal of the bunch was the Veggie Pot Roast. It wasn’t just my favorite meal out of the three – it’s one of the best vegetarian meals I’ve ever had. The flavors were so delicate and carefully balanced, and all the veggies were well prepared. It was a good portion size, but it was so tasty I wanted to eat about 3 more trays. Really highly recommend that one.

Before you get too excited about any one of these, be sure to check out the Weekly Menu as new recipes are continuously being developed and released.

So overall, I found the meals to be high quality and all things I would order in a restaurant. Not to hype it too much, but the Veggie Pot Roast was like something out of a Michelin star experience. And the portion sizes were enough for me and my hummingbird metabolism, where the quest to feel full is a constant struggle. Normal people will find it more than enough. I could  even see splitting one into two meals, making the economics more attractive.

So, are there any downsides to the ModifyHealth Mediterranean? I would say none that are any different from any other fully prepared meal delivery service. There’s a lot of single-use plastic being generated here, although it is recyclable – and it might be a wash if you’re not buying other stuff from the grocery store in plastic containers.

There is the cost, which is in line with competing services. Of course, there’s cheaper calories to be had, but they either won’t be good for you, or will require much more effort on your part to acquire and prepare. If I put it head-to-head with something like a Chipotle veggie bowl, after tax and delivery the cost is less, although you get fewer calories – which for most people is a good thing.

And finally, in every meal delivery service I’ve ever used over long periods of time, there’s always a certain amount of “breakage” – i.e. meals that you pay for but don’t eat for one reason or another. These are convenient enough to take with you pretty much anywhere you go that might have a microwave, so the risk is lower than services with ingredient kits you have to prepare and cook, but I think it’s fairly inevitable that every once in a while a meal will go to waste – which by the way happens with stuff from the grocery store also. You can prevent this by popping them in the freezer if you have a feeling you won’t get to them all for whatever reason.

So, taking everything into account, is this Stuff Adam Likes? Yes!

It’s a pretty established fact of human nature that most times we take the path of least resistance. Many people want or need to eat healthier, but it doesn’t happen. Why? Because what we eat is a result of so many conscious and subconscious factors. Especially in the US, we’re bombarded with the trifecta of salt, sugar, and fat – and it’s so easy to default to foods high in those three. The Mediterranean meal plan is about making behavior change dead simple – I really can’t think of an easier way to adhere to a better diet. Plus, the added guidance and accountability of dietitian consultations sets ModifyHealth apart from similar services.

If you or a loved one has had a recent health scare, or if you want to do everything in your power to prevent common causes of disease through better eating, I recommend you check out the Mediterranean meal plan. I like how there’s no risk involved, and you get the benefits of basically having your own private chef but at a rate that you and I can afford.

If you want to give it a shot, use referral code STUFFADAMLIKES during checkout to get a discount on your first order.

Thanks for reading, and stay healthy! 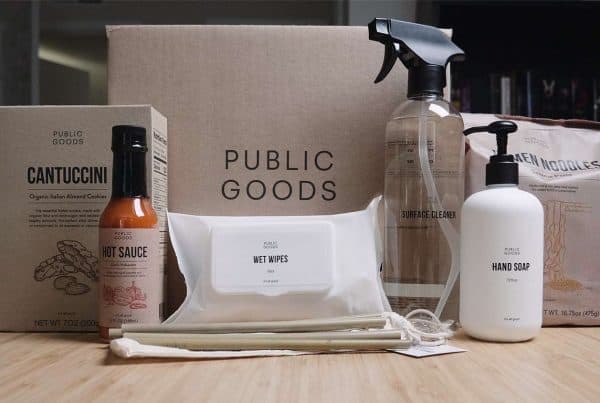 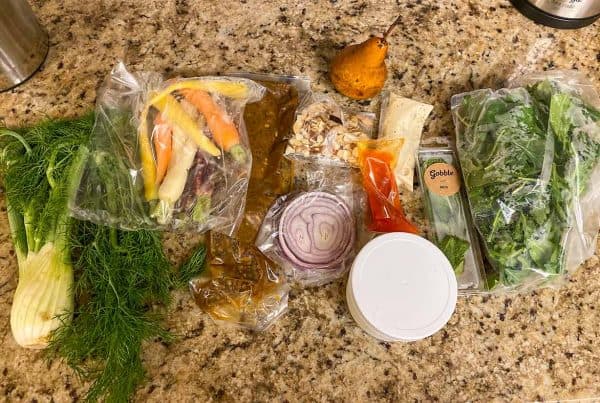 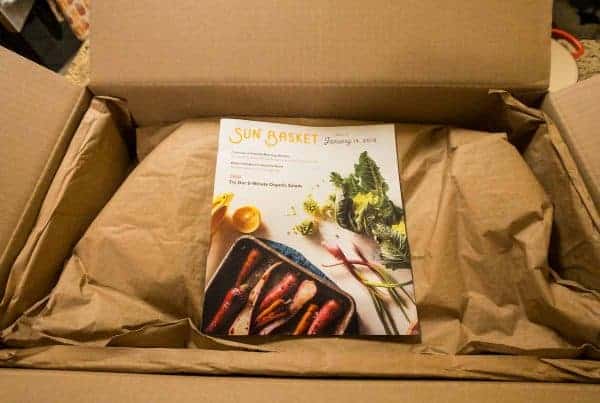