Watch my On Cloudstratus Generation 2 Review above or buy it now (affiliate link).

The new completely re-engineered Cloudstratus. It is a thing of beauty. I’ve literally been waiting years for On to make this shoe. And now that it’s here, I almost can’t believe it.

But let’s back up a second, who is On? Started by three friends in Zurich, Switzerland in 2010, On has grown rapidly ever since. Oh, and Roger Federer joined the company in 2019. Crazy right? I discovered On five years ago when they were recommended to me by a local running shop. I haven’t run in a different brand since. It was like a switch flipped. I just loved the feeling of running in them.

What other On shoes have I tried?

I’ve previously reviewed two of their premium support shoes, the Cloudflyer and the Cloudstratus Gen 1. I loved both of them, but for different reasons. I seriously meant to write the company and say, could you please mash up these shoes to create my perfect running shoe? And they must’ve read my mind because, well, here it is. By the way, special thanks to On for sending this pair to me to test out. I see you. And I appreciate you.

Ok. So while there are lots of improvements over Gen 1, my favorite is the improved heel hold and overall fit and feel. Maybe I was more sensitive to this because I came from the Cloudflyer, which I always felt fit like a glove. But in the gen 1 Cloudstratus, because there wasn’t as much padding in the heel, I always felt like there was too much extra space in the shoe. That’s all changed in gen 2. And now I love the fit.

Can we talk about energy return for a second? Now, this is such a big deal to me when it comes to shoes. And I think On has nailed it here. I feel like I’m running on highly cushioned springs, which sounds like a contradiction, and it should be, but somehow they pulled it off. I feel like I can run for days in these.

By extending the double layer of Helion CloudTec foam into the midsole, these provide an even cushier ride than the previous gen, but they never feel mushy. The new speedboard gives you a responsive feel without taking away from the cushioning. The balance they’ve managed to strike here is unbelievable. I also love that they’ve added twice as much recycled materials as appeared in gen one.

Okay. So I’m gushing here. I’m having a total fanboy moment, obviously, but is there anything not to like? Now if I have to nitpick, and this is really minor, very rarely I feel a little crowded in the toe box. Not a ton and it’s not constant. It’s just every so often.

Also, I’ve moved away entirely from buying white running shoes. I love white shoes. There’s nothing crispier than a clean pair of white sneaks, but as I run outside in all sorts of weather conditions, they will get trashed and show every little speck of dirt. I love the green and gray color palette. Overall, I just might consider the other colorway to hide dirt and scuffs slightly better.

Who are the Cloudstratus for?

Now, who are these for? Really anyone can benefit from cushioned shoes. Even pros who race in racing flats use cushioned shoes in their training programs. They’re not just for older millennials like me. They’re really for anyone who wants to run farther, more enjoyably.

Is this Stuff Adam Likes?

So are the new On Cloudstratus Stuff Adam Likes? If you don’t know the answer, you haven’t been paying attention. Absolutely. I’m really impressed by the updates. And I think this is a shoe many runners will love.

The new Cloudstratus is a premium cushioned running shoe for men and women that helps you run twice as far. They’re amazing! 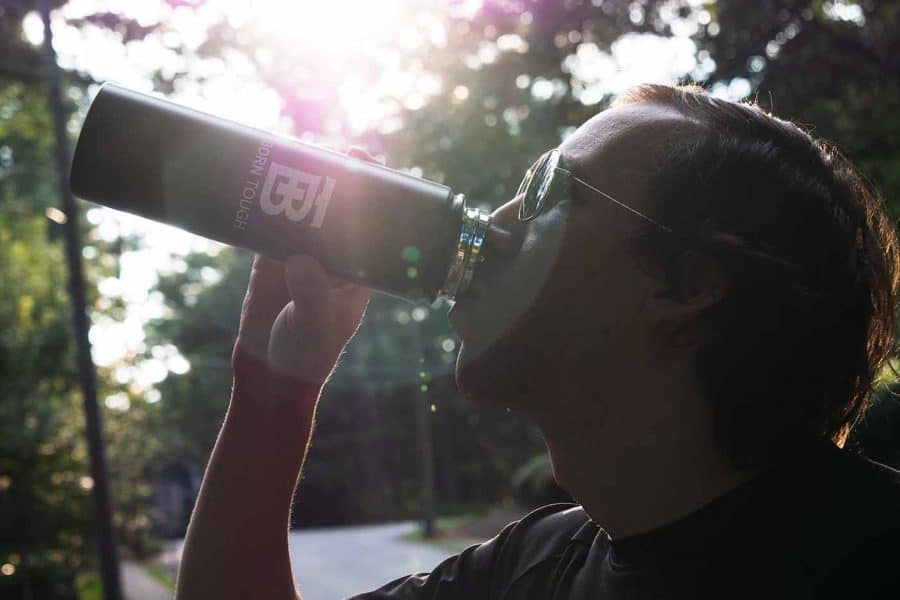